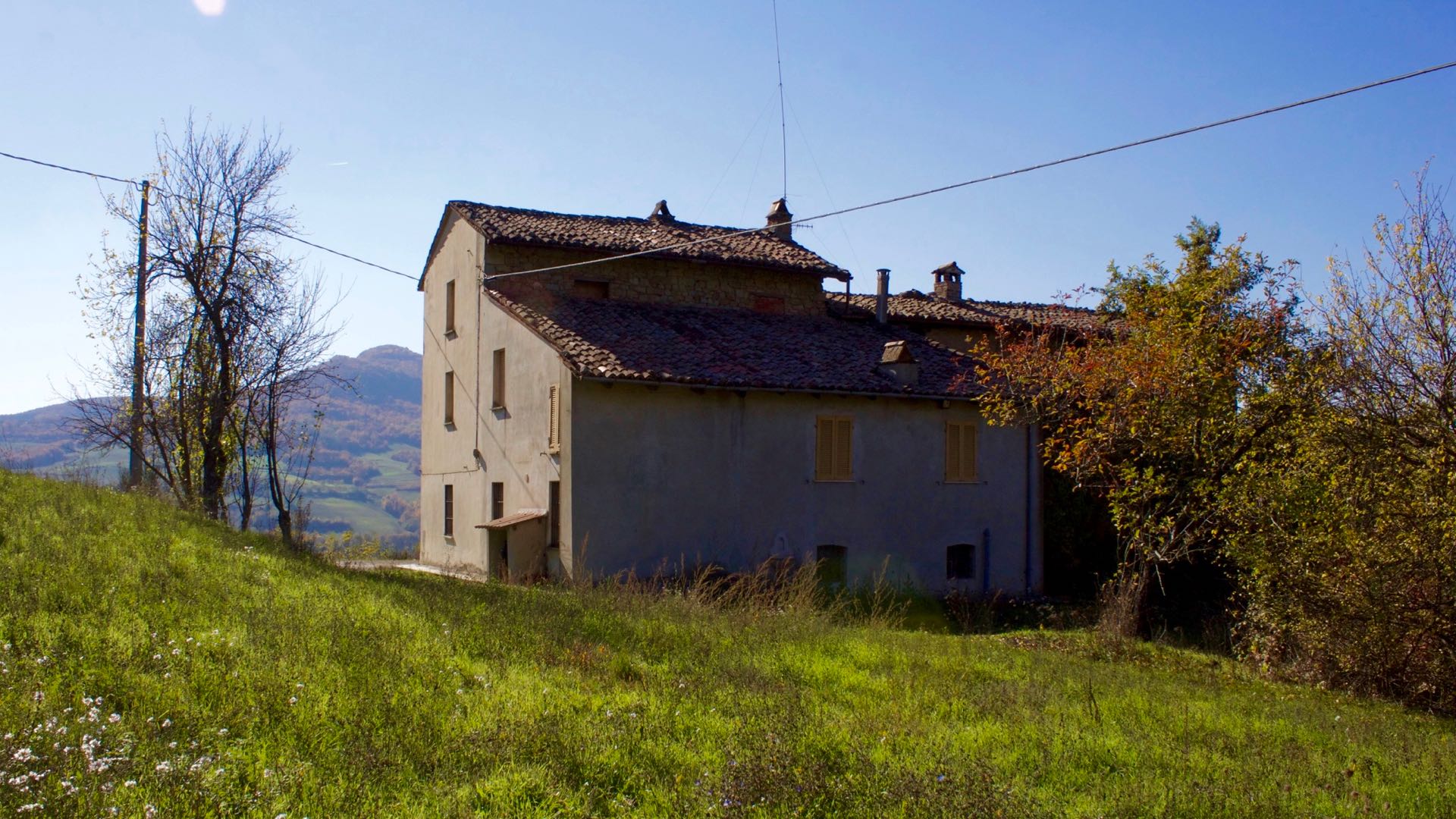 Finally! We own a house surrounded by nature, in a sweet hilly climate, in a splendid position overlooking the Staffora Valley and the surrounding mountains, in the lovely Oltrepò Pavese, a land rich in scenery, history, nature, good food and good wine, home of some of the most beautiful villages in Italy, halfway between Milan and the sea.

The house is spacious enough for our needs and it’s surrounded by a plot of land where we’d like to try our small agricultural experiments. But we can not do everything at once, can we? We must prioritize our projects. Since the house is very old, the first logical step to make it truly ours is a (at least partial) restructuring.

The house is an old stone building, most probably owned and inhabited by a large family and later split between family members; during the time the house has been partly extended and remodeled and today is divided into two sections joined by a common stairwell.

The house is far from being a castle, but I like to call the two sections “wings”, just for fun. So we have the western wing and the eastern wing.

The west wing is completely made of stone and is still in original condition. It has two floors, a cramped attic and a basement that we have seen only on the land registry maps because of the thick vegetation sealing its entrance.

The floors and ceilings in the west wing are too old and weak to bear the weight of modern furniture and appliances. They need a complete demolition and reconstruction; the roof must be replaced, the stone walls repaired and cleaned, the doors and windows enlarged.

The east wing has the same old origin, but over time it has been expanded and maintained in good health, perhaps thanks to its last use as a hunting lodge. Its finishes probably date back to the seventies. This part of the house is peculiar because all the rooms are independent. Each of them (four in total) has a bathroom en-suite and two have a kitchen. In the basement there are two convenient cellars.

Close to the house is a smaller property, unfortunately abandoned and partly collapsed, that perhaps once belonged to the same family as the main building. It’s such a pity to see beautiful stone houses abandoned, and we saw a few in the area… Could the reason be the depopulation of rural regions dating back to the industrial era? Could it be the recent economic crisis? How nice it would be if all the abandoned houses and villages could return to bloom as they deserve…

Enough with the sad thoughts. We must focus on our priorities.

Given the composition of the house, especially the presence of independent rooms with bathrooms, we decide to dedicate the east wing welcome friends and tourists, and keep the smaller stone building for us.

We’re excited: we are going to live in a genuine stone house!

But because of this, we won’t live as in the Stone Age. We would like to keep the convenience offered by technology and keep up our connection to the world out there.

Will we make it? We cross fingers … and antennas.

2 thoughts on “Dreaming Of The Renovation”