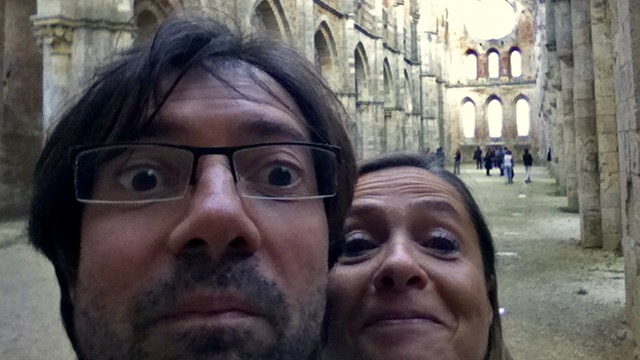 Hello everyone! The two funny faces in the selfie on the cover image are us, Ruggero and Stefania, and this post is our little story of change.

We started our life together in Milan, perhaps the most hectic of Italian cities, and one step after the other we will end up moving in the middle of nowhere in the hills of Oltrepò Pavese, radically transforming our lives.

How do you decide to change your life? How many times we hear people complain with the hectic city life, the work commitments, the responsibilities, and dream to go live on a remote island on the ocean, fish for a living and not worry about anything.

The fact is that very few people make such a big step, all at once. You don’t just wake up in the morning and think “now I want to change my life”. Sometimes you change only little things, often as a reaction to events that happen around you and make you think. 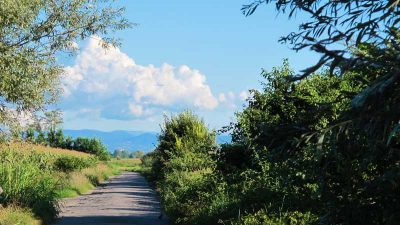 And then, in something like ten years, a small change after another, you realize you have come a long way and, although you have not moved in the middle of the Pacific, in fact your life has changed a lot.

When we are dreaming to run away from our life, maybe it’s just a sign that we need vacations. So we cut out one or two weeks for a holiday. There are those who love to relax and rest, and those who, on the contrary, seek the crowd, the lights, the white nights.

We are the first type. Avid countryside and campsite lovers as we are, holidays are about relaxation and contact with nature, and our favorite destinations are in the shade of the trees, away from cars and close to the chirping of birds.

At some point, then, we realize that it would be nice to stay close to the trees all year long. For us it was so. We realized that during a short vacation between one job in Germany and another one in Holland, when after dinner, lying down to contemplate the sunset in our pitch in a beautiful camp site near Bonifacio, Corsica, Roger said:

Wouldn’t it be nice if our house had a pitch like in a camp site … it would make us feel on vacation all year round!

In those years we were living in a tiny and cosy attic in Milan, on the sixth floor, and our windows already offered a respectable view: the mounts Grigna and Resegone, sometimes the Monte Rosa, the house bell tower of the Romanesque church of Casoretto…

But we had no green around us. We did not have a place to lie in the sun, no trees, no chirping birds.

So (it was 2005), we moved away from the city, into a semi-detached house in a village near Pavia and still acceptably close to Milan, with a beautiful garden and a barbecue, and everything we needed to feel like we were camping every day. Our life began to change.

Since that 2005, while retaining the attic in Milan, we have always lived in the countryside. There was a strange force calling us back every end of work day towards our country, despite a one-hour drive.

So life went on peacefully until a day, ten years later, when we looked around and started to realize that the country village had grown, and that after all, even though we had our own campsite, we were always surrounded by neighbors as in an apartment building. It was time to change our life, once more.